Joining Montegrappa’s ICONS series of pens celebrating the greats of sport, screen and song is the first woman to be so honored. Sophia Loren – Italy’s finest screen actress – is represented by a curvaceous limited edition pen engraved with a pattern reminiscent of “lace,” a material she loves. The Sophia Loren collection consists of 1934 Sterling Silver pens denoting the year of her birth, 29 Solid 18K Gold pens comprising 20 fountain pens and 9 rollerball pens, representing her birth day and month. 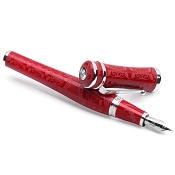 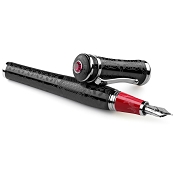 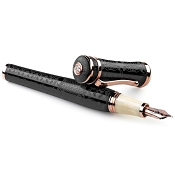 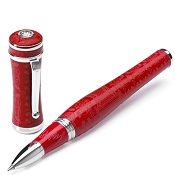 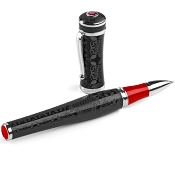 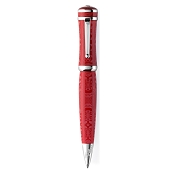 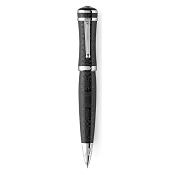 We are delighted to introduce our newest Icon, Sophia Loren. Ms. Loren is more than a screen legend: she is an Italian screen goddess. Her presence in front of the cameras, in more than 90 films, has charmed and entertained audiences for over 60 years. She is one of a disappearing breed of actors: a true star of inimitable talent and presence.

Thanks to her role as Cesira in Vittorio De Sica’s Two Women, Loren’s talents as an actress of great depth were recognized. The performance earned her the Academy Award for Best Actress in 1962 and made her the first artist to win an Oscar for a foreign-language performance. The film was also responsible for her winning the 1961 Cannes Film Festival Best Actress Award and 22 international awards. The awards have continued in a steady procession.

With a name as evocative as “Sophia Loren”, one can anticipate the aesthetic presence of any object which is graced with it. The Sophia Loren™ Pen possesses a sensual form, consummately feminine and Italian.

To represent her elegance and womanliness, Montegrappa evokes a scene from the famous movie of 1963, Ieri, Oggi e Domani (Yesterday, Today and Tomorrow), where Sophia is wearing black lace lingerie, teasing her co-star Marcello Mastroianni. Details that underline this include the elegant flower motif engraved on the pen.

It is reminiscent of “lace,” a material loved by the actress, and which has become with the passage of time a symbolic part of her image. A Swarovski gem on the cap top for the silver model, and a pavé of diamonds for the exclusive gold editions add a touch of glamour, while the voluptuous signature pocket clip makes reference to those famous curves.

Its resin cap and body presented in two color combinations: black and red for the sterling silver model, black and creamy white for the solid gold model. The actress’ signature graces the side of the cap. The silver version is offered as Fountain, Rollerball and Ballpoint pens. The solid-gold pen edition comprises Fountain and Rollerball. For the fountain pens, the 18K gold nibs are enriched with an artist’s rendering of Sophia’s face.

The limited edition Sophia Loren collection will consist of 1934 silver pens denoting the year of her birth, 29 gold pens comprising 20 fountain pens and 9 rollerballs, representing her birth day and month as in 29/09 for the 20th of September. The Sophia Loren pens are packaged in an elegant black box, embellished with a lace design and Sophia’s image imprinted on top.