To celebrate the 50th anniversary of the first inhabited space flight made by Yuri Gagarin on April 12, 1961, Caran d'Ache, creates a prestigious Limited Edition. After the tribute to the city of St. Petersburg on the occasion of its 300th anniversary and then to the Tretyakov State Gallery in Moscow at its 150th anniversary, it is the Soviet space honor. 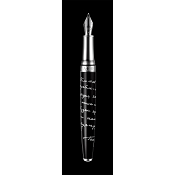 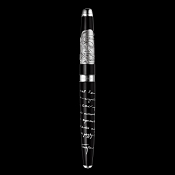 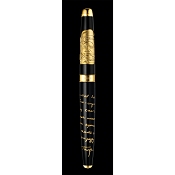 The Commemorative Edition, with reference to this historical year, is composed of 1961 fountain pens and 1961 rollers. The Anniversary Edition, sublimates the 50 years of this event with 50 feathers and 50 gold-plated rollers, whose cap clip is set with a black diamond evoking the depth of space and the brightness of the stars.